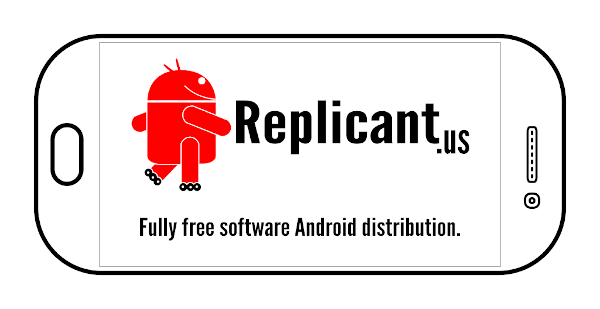 So far one unit was printed on a 1200x600 mm PVC tarpaulin with reinforced edges and grommets. Meant to be used at 36C3, FOSDEM 2020 and other future conferences where Replicant will have a stand.

The full reasoning behind the simple design, as well as previous iterations, can be checked at the Assembly at 36C3 - Banner Idea thread on the Replcaint mailing list.

To spice up the banner, strips of paper are hanged from the grommets on the lower side of the banner. They act much like a MOTD or a roadside letter board, containing jokes or catchy sentences that can be changed every day of the conference. Examples are:

Want to know if your phone phones home?

Tired of phony privacy? Let's get into the rabbit hole. 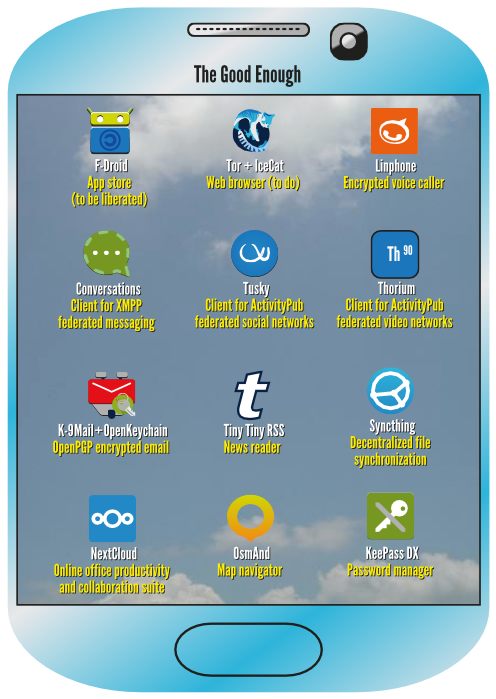 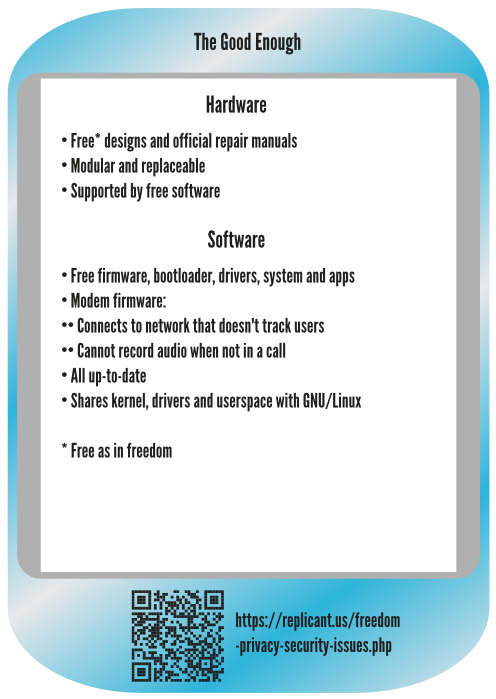 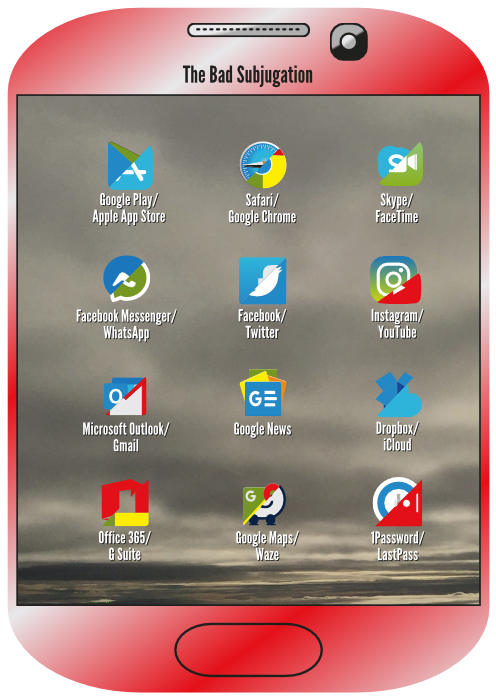 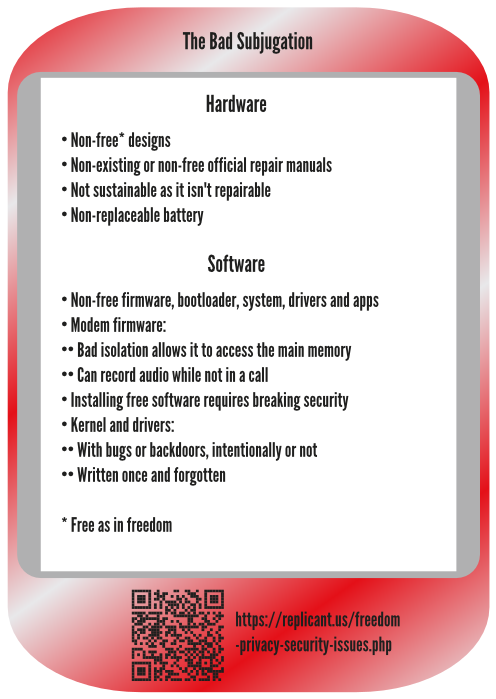 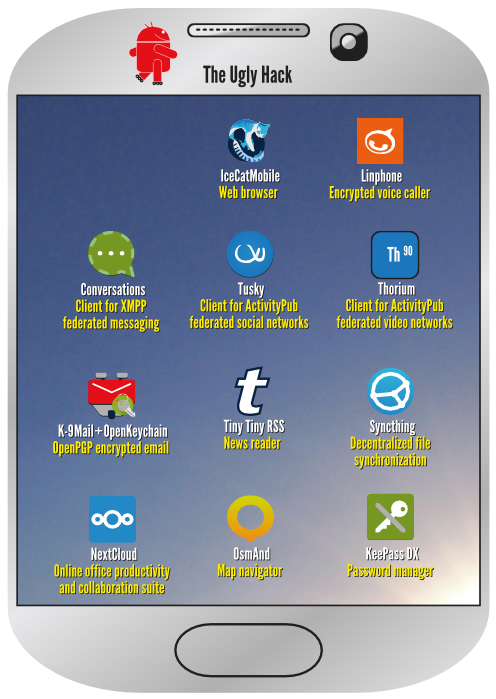 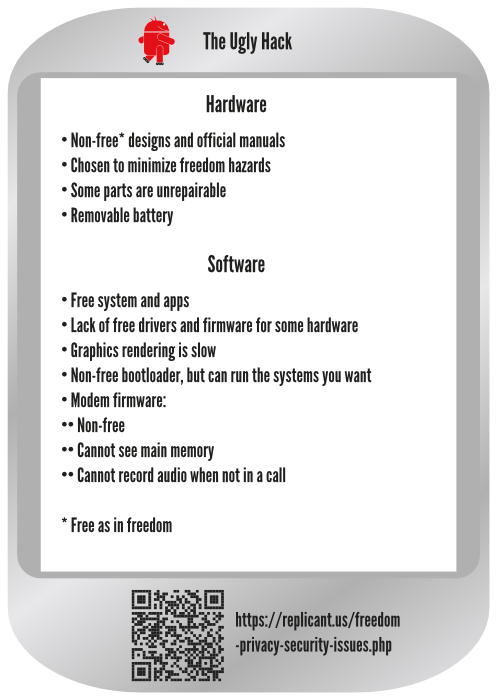 These flyers are yet another reinterpretation of the The Good, the Bad and the Ugly. As the Wikipedia article puts it:

the respective phrases refer to upsides, downsides and the parts that could, or should have been done better, but were not.

The full reasoning behind the flyers content and design, as well as previous iterations, can be checked at the Assembly at 36C3 - Illustrate freedom, privacy and security issues thread on the Replcaint mailing list.

So far, 250 units of each flyer were printed and distributed at 36C3, with left-overs remaining for FOSDEM 2020.