Lava can be used to do functional tests on real hardware. It can be easily installed on PureOS, an FSDG compliant GNU/Linux distribution.

Labgrid has features similar to Lava but it is probably easier to learn because it's probably way easier to get started with it.

The OsmoGSMTester project is able to be interfaced with the Android RIL through ofono and can emulate a GSM network with the help of a compatible GSM base station or SDR.

This presentation from 2019 has many insights on what kind of issue we might expect in interfacing it with smartphones.

The Simtrace 2 project can be used, along with SIM card readers to programmatically feed a SIM card to a smartphone. This can be used to run test on real networks.

See also the links inside the Serial_port article for more background on how to get serial port access on devices like the Galaxy SIII (GT-I9300) or the Galaxy SII (GT-I9100). 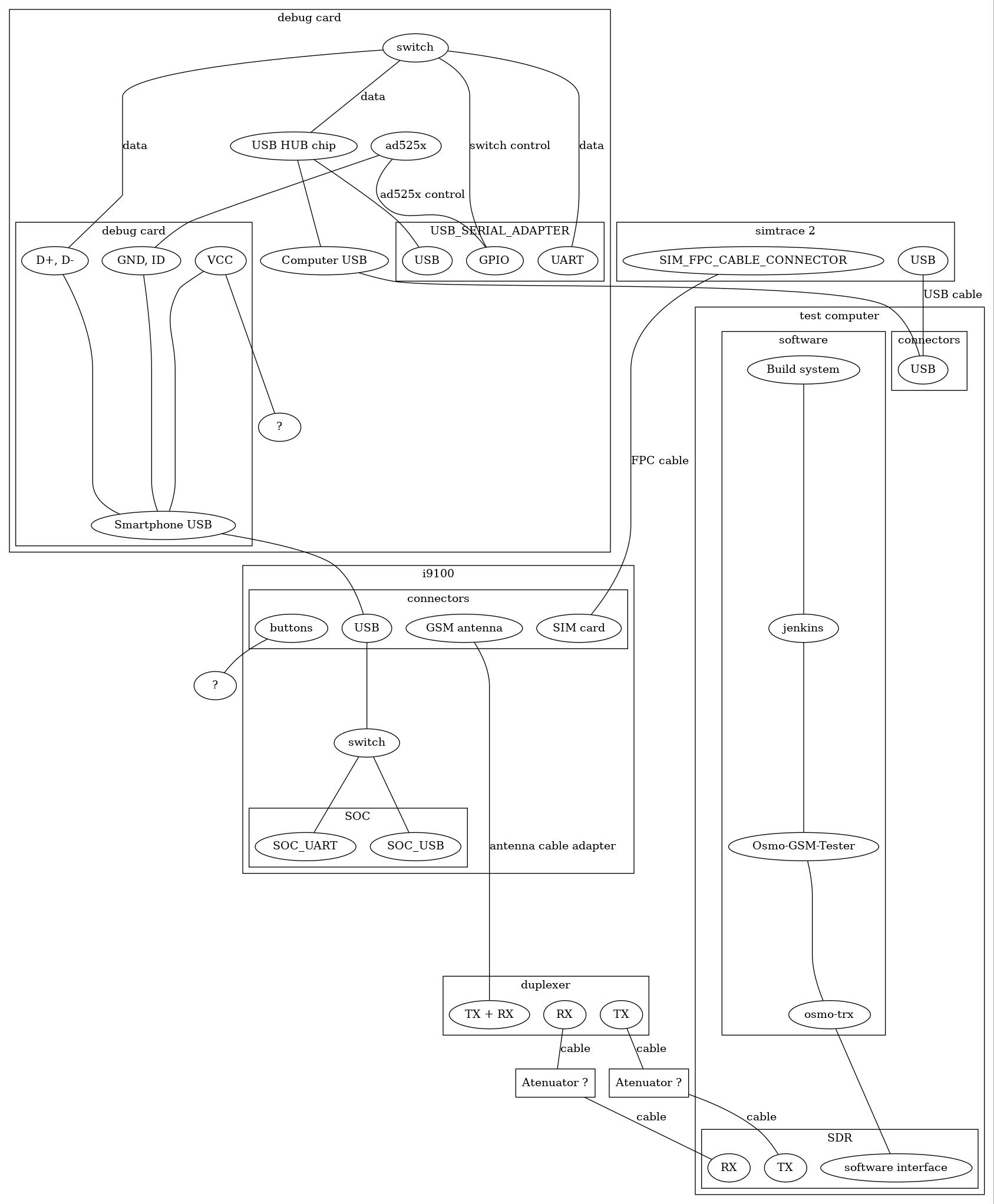 See https://git.replicant.us/contrib/GNUtoo/test-infrastructure.git for the source of the file.

Using a device without a battery.¶

It might be possible to have a pure software test infrastructure with libsamsung-ipc.

It could be done more or less like that:

We have several choices for the Linux kernel:

And there is already some projects emulating usb devices:

So it might be possible to modify them to send some simple USB packets captured with wireshark / tshark / tcpdump.

I've already managed to find a configuration that works in an FSDG compliant way:

To run Parabola first you need to create an image.
Then you need to chroot (with arch-chroot) insde the image and change the password.
Once you exited the chroot and unmounted the image and removed the loop mapping, you can boot it.

During boot you'll see a message like that at the end:

You can then login in this way:

With vec0:transport=raw,ifname=p-veth0,depth=128,gro=1 in Linux command line, we can have a regular Ethernet interface that can be configured as usual, bridges also work.

See the kernel documentation (user_mode_linux_howto_v2.rst) for more details on how to setup UML networking.

With Linux 5.17-rc3 it's possible to have USB in user-mode-linux and I validated it by exporting an rtl_sdr with usbip and testing the receiving of FM with rtl_fm -f 88M | hexdump -C.

It seems to be there since Linux 5.14 since this commit:
68f5d3f3b654 um: add PCI over virtio emulation driver